The Magical Rooster: Stories of the Chinese Zodiac 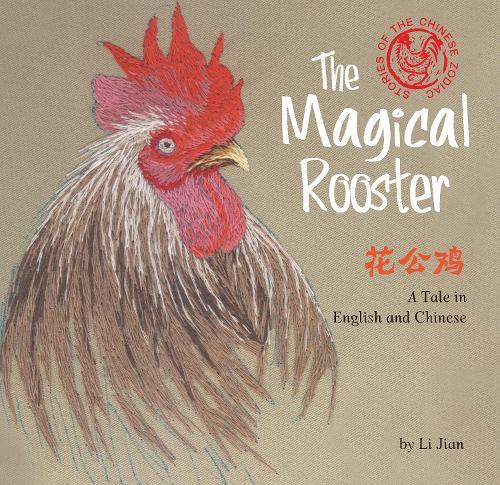 The Magical Rooster: Stories of the Chinese Zodiac

This beautifully illustrated multicultural children’s book tells the story of a young boy and his magical rooster in both English and Chinese.
Long long ago, there lived a boy named Tang Yun. He studied very hard and was ready to take the imperial exam in the Capital City thousands of miles away. Yun’s mother was worried about him traveling alone. After working day and night, she finished hand embroidering a rooster on Yun’s outfit, hoping the magical rooster would be her son’s guardian angel.
During his trip, magic happened whenever Yun was in danger. With a crowing of  cock-a doodle-doo,  the embroidered rooster jumped out of Yun’s outfit. He was alive! He was brave, timely and kind. He helped Yun overcome many obstacles during his trip. Yun arrived at the Capital City safely and successfully passed his exam with honour. He eventually reunited with his mother. They lived happily together ever after.
$24.99Add to basket ›

END_OF_DOCUMENT_TOKEN_TO_BE_REPLACED

The Great Race: The Story of the Chinese Zodiac

The Year of the Pig

Round is a Mooncake