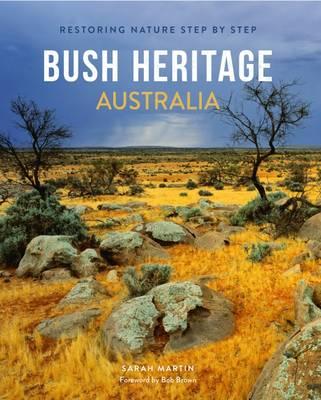 With a plan to own or manage one per cent of Australia by 2025, Bush Heritage Australia is an organisation with big ambitions.
Started by Bob Brown in 1991, Bush Heritage was born from an urgent mission: to protect pristine land from logging. After buying two blocks of land in Tasmania’s Liffey Valley, Brown built a philanthropic organisation to help pay for them. As donations flowed in and the organisation grew, Bush Heritage set its sights on acquiring tracts of land across the country, repairing environmental degradation and bringing native plants and wildlife back to health.
Twenty-five years later, with more than one million hectares in its care, Bush Heritage’s achievements are celebrated in this book along with its growth from humble beginnings into a large non-profit with benefactors all over the world. Central to this story are the ecologists, researchers, land managers, local Indigenous groups, staff, donors and a brigade of volunteers who have helped the organisation to thrive.
‘For the ever-growing band of benefactors, and the volunteers and staff of Bush Heritage Australia, happiness flows from our combined effort to ensure that Australia’s unique landscapes, wildlife and ecosystems prosper into the future.’ - Bob Brown
$39.99Add to basket ›