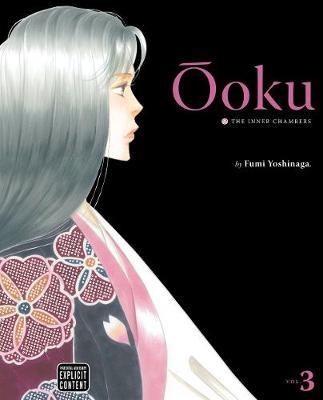 In Eisner-nominated Fumi Yoshinaga’s alternative history of Edo-era Japan, the men of Japan are dying out, and the women have taken up the reigns of power-including the shogun’s seat! In Edo period Japan, a strange new disease called the Redface Pox has begun to prey on the country’s men. Within eighty years of the first outbreak, the male population has fallen by seventy-five percent. Women have taken on all the roles traditionally granted to men, even that of the shogun. The men, precious providers of life, are carefully protected. And the most beautiful of the men are sent to serve in the shogun’s Inner Chamber… The tale told in the Chronicle of the Dying Day continues as the young female shogun Iemitsu tries desperately to conceive a male heir. But her lover Arikoto seems unable to give her a child, and they must betray their hearts to save their country. Meanwhile, the Redface Pox continues its ruthless progress through Japan, leaving famine, despair, and the threat of anarchy in its wake.