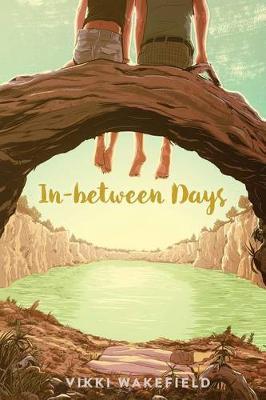 Seventeen-year-old Jacklin maneuvers her way through a summer of family drama and first–and second–loves in this gorgeous, lyrical novel from the author of Friday Never Leaving. Sixteen-year-old Jacklin Bates (aka Jack ) believes the only way to soar beyond her life is to drop out of school and move in with her free-spirited sister, Trudy. But Jack quickly discovers her sister isn’t the same person she used to be. And when Jack loses her job and the boy she loves breaks her heart, she becomes desperate for distractions. She strikes up an unlikely friendship with Pope, a lost soul camping in the forest behind her house. And then there’s Jeremiah, the boy next door with a kind, listening ear and plenty of troubles of his own. Together, over an endless summer, Jack and Jeremiah fix up the abandoned drive-in theater at the edge of town. But even as a fragile romance builds between them, Jack knows deep down that she can’t stay in limbo forever. When Jack faces losing Jeremiah, she searches for a way to repair their relationship–beginning with the other broken pieces in her life. Only, sometimes the hardest part of starting over isn’t choosing a path…it’s figuring out how to take that first step forward.