The Tortoise in Asia 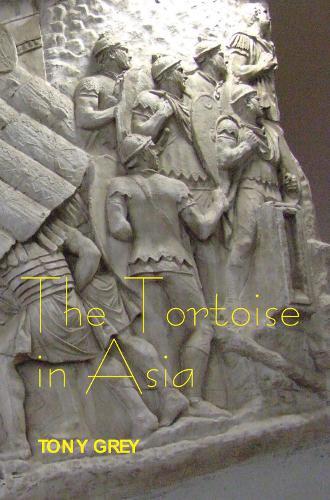 The Tortoise in Asia

Tony Grey’s book shows us that the Silk Roads are an endless and magical resource in which fact and fiction merge and the imagination revels. - Edmund Capon Rudyard Kipling once said East is East and West is West, and never the twain shall meet, but Tony Grey disagrees. A stage actor, lawyer, mining entrepreneur, businessman, arts patron and now historical fiction author, Tony has been captivated by the stories from the Silk Road for many years. It was during one of his many ventures to the region that he stumbled across a mysterious legend which sparked his curiosity and has seen him pen his first work of fiction. Gansu, a province in Western China has long been the subject of mysterious legend as a small group of its inhabitants appear partly Caucasian. The Tortoise in Asia explores the theory that locals in the region are actually descendants of Roman legionnaires who once travelled the Silk Road. With a keen interest in history and culture, Tony delved headfirst into researching this idea and has expressed his findings through a remarkable work of historical fiction. The Tortoise in Asia follows the adventure of Marcus, a young Roman legionnaire who is taken prisoner with some of his cohort by the Parthians after the Battle of Carrhae in 53BC. Marched east along the Silk Road, Marcus and his men escape and become mercenaries for a ferocious Hun warlord. They are eventually co-opted by the victorious Chinese Han army, and lay down their arms in Gansu, far from the known Roman Empire. Tony Grey has travelled extensively along the Silk Road and is fascinated by the relationship it reveals between the cultures of the East and West. With its title inspired by the testudo, or tortoise formation used by the Roman legions during battles, The Tortoise in Asia examines the closeness of the two cultures on a fundamental level, and how it resonates in the 21st Century.