The Excavations of San Giovanni di Ruoti: Volume I: The Villas and their Environment 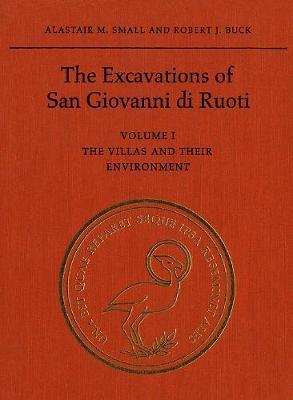 The Excavations of San Giovanni di Ruoti: Volume I: The Villas and their Environment

This volume reports the findings of a Canadian archaeological team under the direction of the authors at San Giovanni di Ruoti in the highlands of southern Italy. The excavations, which took place over a seven-year period, have revealed a series of three Roman villas which span the period from the beginning of the first century AD to the middle of the sixth century. Of these villas, the third is particularly important since it provides the best evidence to date for the development of a villa in the transitional period between the end of the Roman Empire in the West and the beginning of the Middle Ages. The core of this volume is an architectural study of the building in its stratigraphic context, with artifacts selected to establish the chronology of the building sequence. Preliminary chapters deal with the geographical and historical background, and with the relation of this villa to other Roman villas in Lucania and to other settlements in the vicinity. The development of the building in each period is illustrated with architectural plans and reconstructions. The building materials are described and analysed, and the mosaics found in the villa of the latest period are fully illustrated. The stratigraphic evidence is presented in a final chapter with thirty-four section drawings. Further volumes are planned with detailed analyses of the artifacts and of the faunal and botanical remains, and a final summing up of the significance of the site.