A Hero Born: Legends of the Condor Heroes Vol. 1 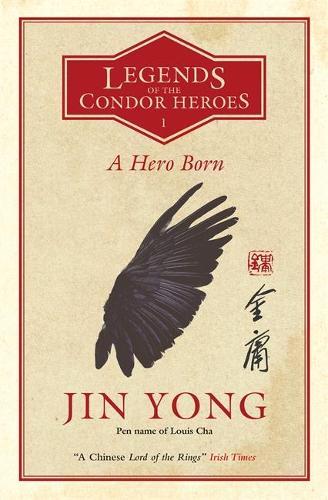 A Hero Born: Legends of the Condor Heroes Vol. 1

China. The year is 1200. The Song Empire has been defeated in the north by invading Jurchen forces. Pushed further south, the empire is in danger of collapse and the Chinese population is furious.
Now it falls to lone patriots trained in the martial arts to save China.
Guo Jing’s father was one such hero, killed in defence of his country. His mother was forced to flee to the edges of the empire, where Guo Jing was brought up fighting with Genghis Khan. Yang Kang, Guo Jing’s sworn brother since birth, grew up to a different fate among the enemy.
Enter Qiu Chuji, a Taoist priest famed for his martial prowess and burning patriotism. Enlisting the help of the eccentric band of martial artists known as the Seven Freaks of the South, he must find the two young men and train them in a way befitting the memory of their fathers, to take back China.
$32.99Add to basket ›