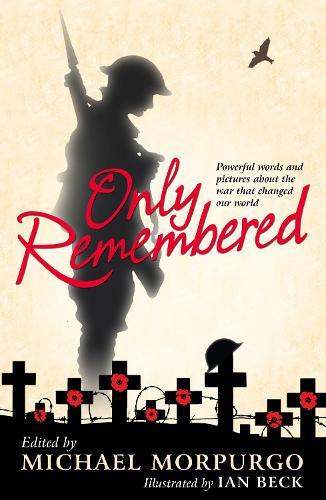 A timeless and seminal anthology of First World War literature for children fronted by the master of the period, Michael Morpurgo, and illustrated by acclaimed illustrator, Ian Beck Published to mark the centenary of the outbreak of the First World War, this beautiful anthology collects favourite extracts, poems and images from some of the UK’s leading cultural, political and literary figures. Poems, short stories, personal letters, newspaper articles, scripts, photographs and paintings are just some of the elements of this astonishing collection, with cover and artwork by renowned illustrator, Ian Beck. Among the many contributors are Her Royal Highness the Duchess of Cornwall, Sir Andrew Motion, Miranda Hart, Dame Jacqueline Wilson, Anthony Horowitz, Eoin Colfer, Antony Beevor, Emma Thompson, David Almond, Dr Rowan Williams, Richard Curtis, Joanna Lumley, Raymond Briggs, Shami Chakrabarti and Sir Tony Robinson. Royalties from the publication will be spilt between the Royal British Legion and projects for soldiers' children and families at SSAFA.

Sadako and the Thousand Paper Cranes

The Children of the King

Digger: The Dog Who Went To War