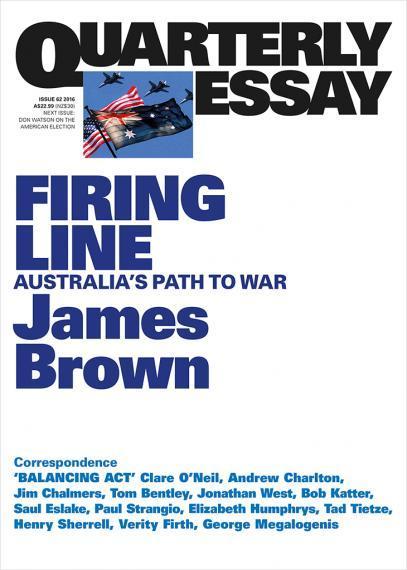 Going to war may be the gravest decision a nation and its leaders make. At the moment, Australia is at war with ISIS. We also live in a region that has become much more volatile, as China asserts itself and America seeks to hold the line.
In this vivid, compelling essay, James Brown looks to history, strategy and his own experience to explore these questions. He examines the wars we have chosen to fight in the past - from Gallipoli and Timor, to Afghanistan and Iraq - and asks: did we get the decision right?What is it like to go to war? How do we decide to go to war? Where might we go to war in the future? Will we get that decision right?
Brown considers how we plug into the US war machine, and the American troops based in Darwin. He also sheds fascinating light on the changing technology and terrain of war - the cyber realm, the oceans and space. This is an essay that examines our independence as a nation, and the choices that may confront us.
$22.99Add to basket ›