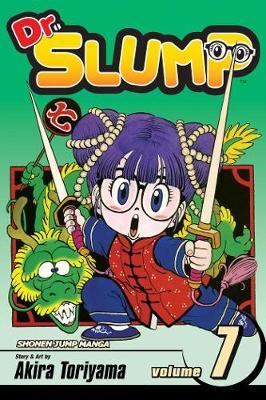 Robot girl hijinks from the creator of Dragon Ball! When goofy inventor Senbei Norimaki creates a precocious robot named Arale, his masterpiece turns out to be more than he bargained for! Senbei plays the lead role in a musical retelling of Cinderella and must make a dash for the not-so fairy-tale ending when Toriyama runs out of pages! And Arale learns the joys of sticking toothpicks into octopus snacks. A rampage of poking ensues, much to the dismay of Senbei, the local cow, and the moon.