In His Hands: Journeying through One Man’s Miracle via His Reflections, Confessions, and Progression

Richard D Sanders (both of the University of Tennessee), Candace Cole-Kelly 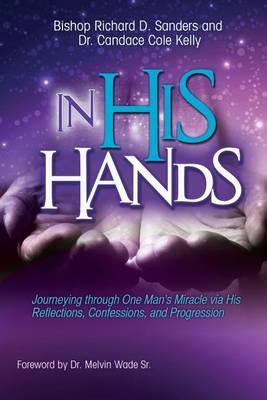 In His Hands: Journeying through One Man’s Miracle via His Reflections, Confessions, and Progression

Richard D Sanders (both of the University of Tennessee), Candace Cole-Kelly

Dr. Richard D. Sanders is a graduate of William Carey University, having received degrees in English literature and general and educational psychology. He received his doctorate from St. Stephen’s Theological Seminary. Dr. Sanders is Vice Chairman of the Sunday School Publishing Board of the National Baptist Convention, USA, Inc.; Vice President-at-large of the Western Baptist Convention; and Senior Pastor of Mt. Pilgrim Baptist Church in Compton, California (The Cathedral). He is the Founder of the Elijah-Elisha Conferences, ministering to pastoral leaders and associate pastors around the world. He is a noted educator and profound lecturer whose compassionate candor and holy humor makes him one of the sought-after teachers of this day and age. Dr. Sanders is also a gospel recording artist and actor in his own right. His passion is leading the people of God of the twenty-first century into kingdom work that gives the glory to God. The Rev. Dr. Candace Cole Kelly received her Master of Divinity degree at Fuller Theological Seminary in Pasadena, California, and her Doctor of Ministry degree at United Theological Seminary in Dayton, Ohio. She has traveled abroad and internationally preaching the Gospel of Jesus Christ, hosting conferences, and facilitating spiritual formation workshops. Dr. Kelly is Senior Pastor of Acts Community Bible Church in Bellflower, California. She is also President and Founder of the Center for Pastoral Renewal Institute ( CPR ), a focus curriculum on restoring integrity to pastoral vocations in the twenty-first-century church. She has authored more than fourteen books and is an NAACP Award-winning writer-producer for her gospel musical stage plays. Dr. Kelly is no stranger to her community as an advocacy leader, working with the Long Beach Police Human Trafficking Task Force in fighting against human trafficking. Dr. Kelly is married to the love of her life and friend, Pastor James C. Kelly.