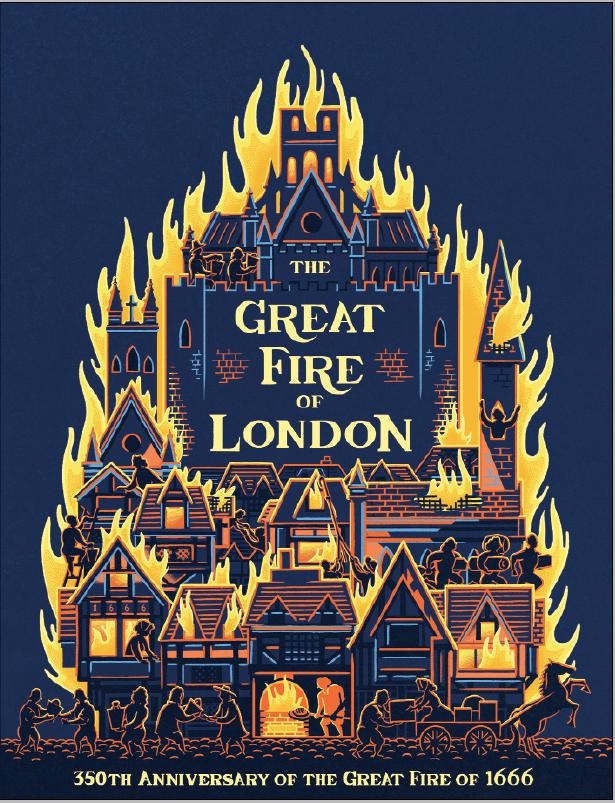 In the depths of the night on 2nd September 1666, something stirred that was about to change London forever… The Great Fire of London is, to this day, one of the most tragic events to scar the city. But how did it start? How was it stopped? And how did the people of London survive, recover and change their lives - and the city - for the better?

In 1666, London’s citizens woke to see the skyline above their city’s cramped wooden houses ablaze. The Great Fire of London is a hauntingly beautiful visual re-telling of one of the most well-known disasters in the city’s history. To commemorate the 350th anniversary of the fire, powerful and sumptuous drawings from the new east London illustrator, James Weston Lewis, bring the events of November 1666 to life in this stunning gift book.
Lewis’s drawings take readers on a journey, from the single smouldering coal that falls out of the baker’s oven to the swirling clouds of ash that engulf the city and then in to the very heart of the fire itself. As the pages turn, you can witness London burning to the ground and then rebuilding again.
Children will love examining the rich detail of each spread, from the detailed city map to the drawings of London before, during and after the fire took hold. This book takes the dramatic historical information surrounding the Great Fire of London and transforms it into a breathtaking story that will transfix readers of all ages.
$28.99Add to basket ›