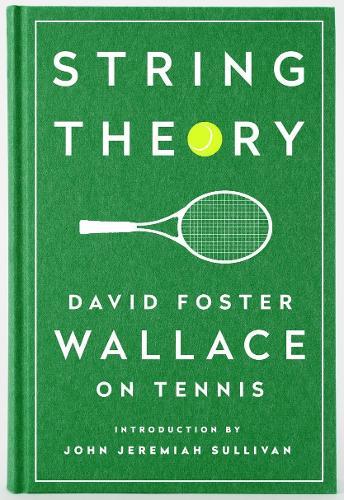 Both a onetime ‘near-great junior tennis player’ and a lifelong connoisseur of the finer points of the game, David Foster Wallace wrote about tennis with the authority of an insider, the showmanship of a literary pyrotechnician, and the disarming admiration of an irrepressible fan.
Including his masterful profiles of Roger Federer and Tracy Austin, String Theory gathers Wallace’s five famous essays on tennis, pieces that have been hailed by sportswriters and literary critics alike as some of the greatest and most innovative magazine writing in recent memory.
$35.00Add to basket ›