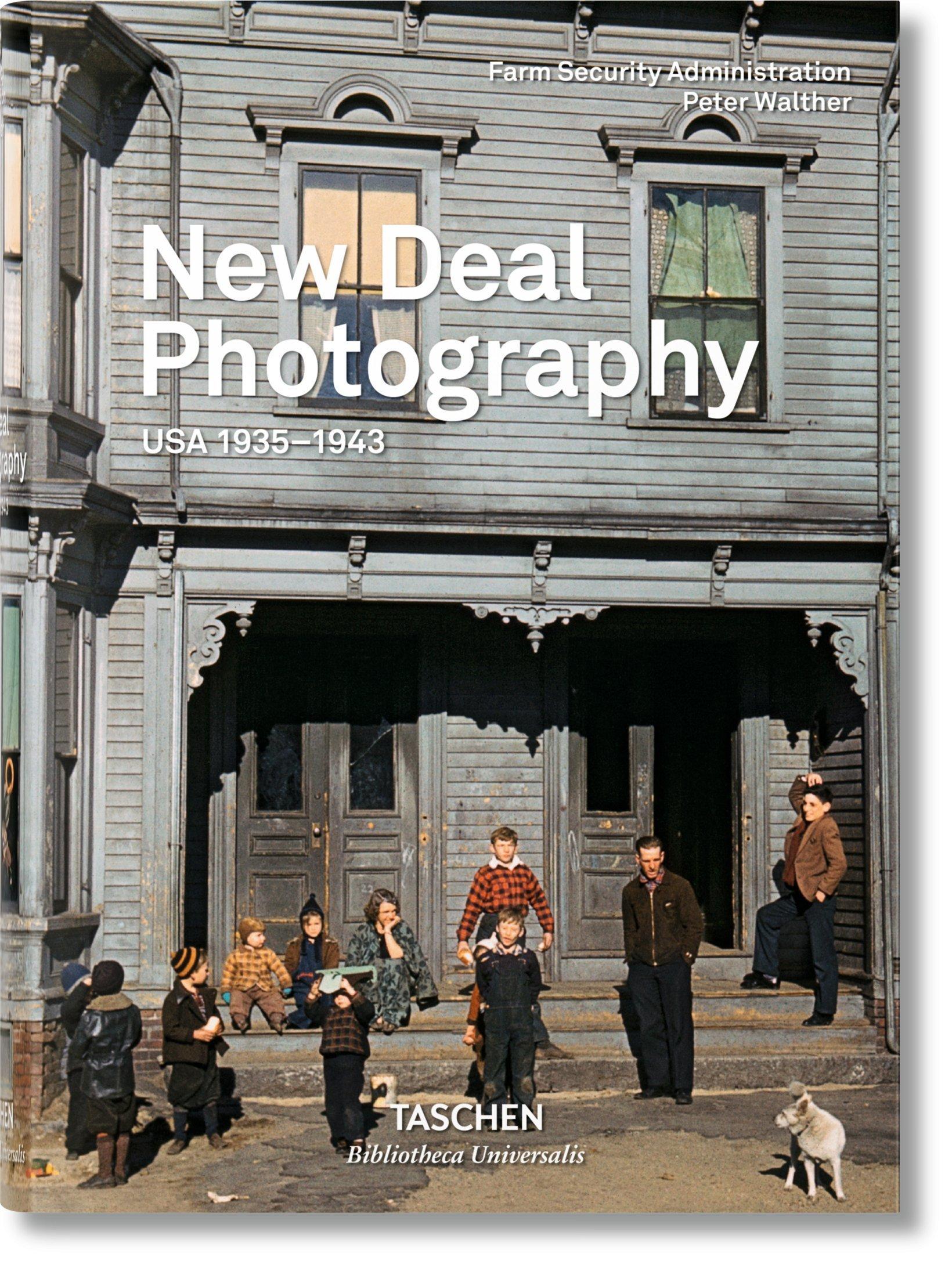 Amid the ravages of the Great Depression, the United States Farm Security Administration (FSA) was first founded in 1935 to address the country’s rural poverty. Its efforts focused on improving the lives of sharecroppers, tenants, and very poor landowning farmers, with resettlement and collectivization programs, as well as modernized farming methods. In a parallel documentation program, the FSA hired a number of photographers and writers to record the lives of the rural poor and “introduce America to Americans.”
This book records the full reach of the FSA program from 1935 to 1943, honoring its vigor and commitment across subjects, states, and stylistic preferences. The photographs are arranged into four broad regional sections but otherwise allowed to speak for themselves-to provide individual impressions as much as they cumulatively build an indelible survey of a nation. Through color and black-and-white images, we meet convicts, cotton workers, kids on the street, and relocated workers on the road. We see subjects victim to the elements of nature and the timeless rituals of human life, as much as to the vagaries of the global economic market. We meet Dorothea Lange’s iconic Migrant Mother, weather-beaten and worn, with two children leaning on her shoulders.
What unites all of the pictures is a commitment to the individuality and dignity of each subject, as much as to the witness they bear to this particular period of the American past and to universal cycles of growing, playing, eating, aging, ailing, and dying. Through the lenses of such perceptive, sensitive photographers as Dorothea Lange, Jack Delano, Russell Lee, Marion Post Wolcott, Walker Evans, and Ben Shahn, subjects are entrenched in the hardships of their historical lot, caught in the loop of humanity, and yet face the viewer with what is utterly their own: a unique, irreplaceable, often unforgettable presence.
$40.00Add to basket ›

END_OF_DOCUMENT_TOKEN_TO_BE_REPLACED

The Art of Dinosaur Designs

In the style of Sunday's Kitchen, Margaret Preston's cookbook will tell a story of art, food and social times of this much-admired artist. The Margaret Preston recipe book (held in the NGA collection) is full of handwritten...

How the Farm Security Administration introduced America to Americans

END_OF_DOCUMENT_TOKEN_TO_BE_REPLACED

The Best of Grand Designs Australia

Who Shot Sports: A Photographic History, 1843 to the Present

The Curated Closet: A Simple System for Discovering Your Personal Style and Building Your Dream Wardrobe