The War Against the Assholes 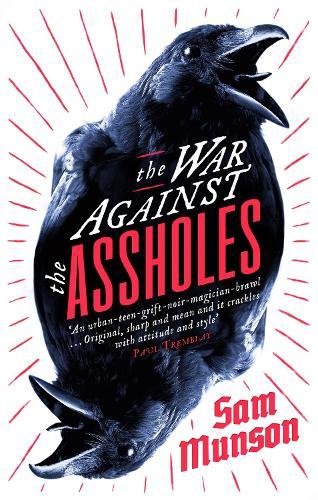 The War Against the Assholes

Mike Wood is a teenager at a decidedly unprestigious Catholic school in Manhattan, accustomed to solving problems using brawn rather than brains. One day, his nerdy classmate Hob Callahan persuades him to read a mysterious old book of unknown authorship, The Calendar of Slights. On the face of things, the book is a guide to performing clever card tricks; but in fact, it is a test for recruiting new members to join a secret cell of radical magicians. Amazingly, Mike passes with flying colours unlocking not only his potential magic powers - but also the door to New York City’s vast and hidden underground network of warlocks, sorcerers and mages. Here, with Hob as his unlikely guide, Mike’s role as a steadfast soldier begins. For there is a war being waged. A war between rivalling factions of magicians that has spanned the ages. A clandestine war against the establishment: a war against The Assholes.