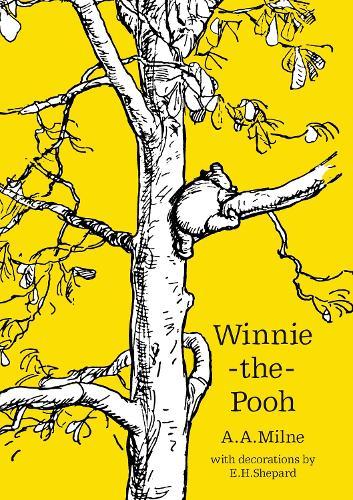 A. A. Milne’s Winnie-the-Pooh is nothing less than a true children’s classic. Winnie-the-Pooh may be a bear of very little brain, but thanks to his friends Piglet, Eeyore and, of course, Christopher Robin, he’s never far from an adventure. In this, the first story, Pooh gets into a tight place, nearly catches a Woozle and heads off on an `expotition' to the North Pole.
This beautiful new edition, re-designed for Pooh’s 90th anniversary is highly collectable and will appeal to Pooh fans old and new.
$19.99Add to basket ›

Books to read aloud with preschoolers

Wild Honey from the Moon

The Sleepy Pebble and Other Bedtime Stories

Under the Stars: Astrophysics for Bedtime

END_OF_DOCUMENT_TOKEN_TO_BE_REPLACED

Winnie-the-Pooh: The Complete Collection of Stories and Poems

The House at Pooh Corner

The House at Pooh Corner