In Search of the Body Immortal: Let the Journey Begin 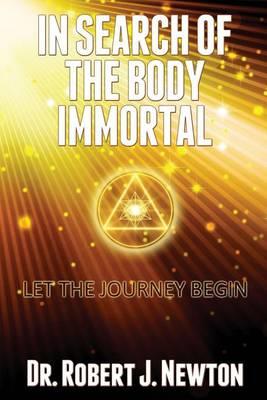 In Search of the Body Immortal: Let the Journey Begin

Newton writes fiction as an amazing blend of the visionary, metaphysical and spiritual… Immortality… I have come to this point in life knowing two things to be certain: we are born and we then die. Myriad people have been passionate about wanting to cheat death, such as Billionaire Dmitry Itskov in his initiative to create artificial bodies to house human intelligence, and LifeNaut’s proposed use of mind-files to reconstruct ourselves somewhere in the future. Another certainty… immortality is not a quest on which those of us in the 21st century focus; there is evidence as far back as the third century B.C., when Chinese Emperor Qin Shi Huang ingested mercury to gain eternal life. In the 1980’s we read of Wade Davis, who documented cases of the Haitian dead rising from their graves. The world over, for time eternal, people have conceived of many processes and inventions to extend human life. None of these concepts are without controversy. Robert Newton has challenged this controversy in a unique novel that is entertaining, yet thought provoking. The conversations between James, the character Dr. Newton has evolved through a series of other novels, and his deceased wife, Ann, can do no less than take us beyond the reality of statistics about Americans. By 2030 the number of Americans older than 65 will have grown by roughly 75% and give us reason to consider what some may view as lofty ideas to prevent aging and physical deterioration. Newton stays away from the financial and political stances, staying comfortably within the realms of spiritual growth that has been his life journey. With equal parts of brilliance and idealism, the author is adamant immortality is congruent with the growing interest in solving life’s ultimate problem, which just happens to be death. TR Stearns