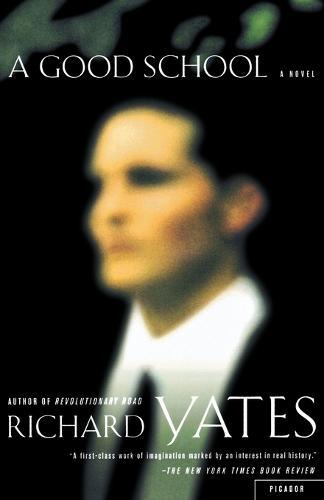 Richard Yates, who died in 1992, is today ranked by many readers, scholars, and critics alongside such titans of modern American ficiton as Updike, Roth, Irving, Vonnegut, and Mailer. In this work, he offers a spare and autumnal novel about a New England prep school. At once a meditation on the twilight of youth and an examination of America’s entry into World War II, A Good School tells the stories of William Grove, the quiet boy who becomes an editor of the school newspaper; Jack Draper, a crippled chemistry teacher; and Edith Stone, the schoolmaster’s young daughter, who falls in love with most celebrated boy in the class of 1943.