The Way We Roll 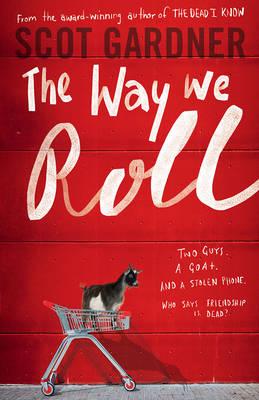 The Way We Roll

Will went to private school, and Julian went to juvie. Will is running from a family secret, and Julian is running from the goat next door. The boys meet pushing trolleys, and they find a common enemy in the Westie hoons who terrorise the carpark…
After a few close calls, Will has to nut up and confront his past. But on the way, he learns a few things about what it means to be a friend - and what it means to be family…
The Way We Roll a rattling urban bromance made of plastic and stainless steel. Brace yourself…

All we know about Will in the first few chapters of The Way We Roll is he’s dropped out of a wealthy private boarding school (it’s complicated) and he lives under a bowling alley. With Julian, the other main character, we are falsely lead to believe we’ve learnt all there is to know about him in the first few pages. But this is a Scot Gardner novel.

Gardner introduces the rowdy boys who sit up the back of the bus and drown out the music in our headphones with their brash, boastful conversations, and then he takes us behind the scenes. He also shows us the quiet boys who are, seemingly, so perfectly average they’re invisible, and invites us into their lives.

Through Will’s eyes we see Julian’s family – a family who have lived through horror but have come out the other end, mostly in one piece. We see Julian’s mum, who has every right in the world to be bitter, dark, and angry but instead welcomes her son’s guests with an open heart. We’re slightly uncomfortable when Julian’s dad, Sandy, greets him with a bear hug and a kiss and find it almost curious when he throws his head back and laughs at an indecent volume. The climax, as well, is as real as the characters. There’s no dramatic showdown between Will and his father; the ending we get isn’t really an ending at all, it’s a beginning.

As always, Scot Gardner nails it. The Way We Roll is magic; it’s dirty, rough, beautiful and understated magic, full of hope, love and hugs.

The War of the Four Isles: Ship Kings 3