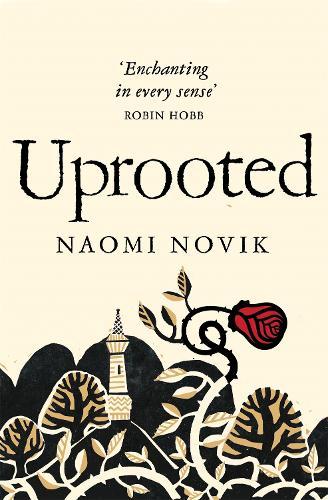 Winner of the 2016 Nebula Award for Best Novel
Shortlisted for the 2016 Hugo Award for Best Novel, the 2016 Locus Award for Best Novel & the British Fantasy Society Award for Best Novel
A dark enchantment blights the land in the award-winning Uprooted – a enthralling, mythic fantasy by Naomi Novik, author of the Temeraire series.
Agnieszka loves her village, set deep in a peaceful valley. But the nearby enchanted forest casts a shadow over her home. Many have been lost to the Wood and none return unchanged. The villagers depend on an ageless wizard, the Dragon, to protect them from the forest’s dark magic. However, his help comes at a terrible price.

One young village woman must serve him for ten years, leaving all they value behind. Agnieszka fears her dearest friend Kasia will be picked at the next choosing, for she’s everything Agnieszka is not –beautiful, graceful and brave. Yet when the Dragon comes, it’s not Kasia he takes.

END_OF_DOCUMENT_TOKEN_TO_BE_REPLACED

Fall or, Dodge in Hell

Gods of Jade and Shadow

The Long Way to a Small, Angry Planet: Wayfarers 1