Frames of War: When is Life Grievable? 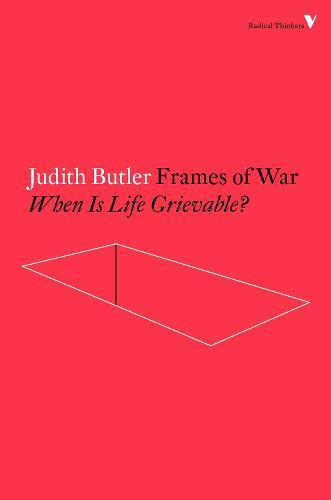 Frames of War: When is Life Grievable?

In this urgent response to violence, racism and increasingly aggressive methods of coercion, Judith Butler explores the media’s portrayal of armed conflict, a process integral to how the West prosecutes its wars. In doing so, she calls for a reconceptualization of the left, one united in opposition and resistance to the illegitimate and arbitrary effects of interventionist military action.