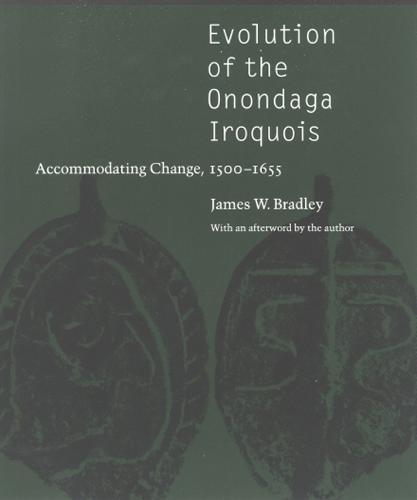 The early history of the Onondaga Iroquois and their cultural responses to the European invasion are illuminated in this valuable study, Evolution of the Onondaga Iroquois. Drawing on a wealth of archaeological evidence and historical documents, James W. Bradley traces the origins of the Onondaga, beginning around AD 1200. Much attention is devoted to the sixteenth and early seventeenth centuries, which were marked by the introduction and growing popularity of European trade goods. Bradley shows how the Onondaga creatively used and viewed these exotic objects; such items as axes and kettles were adapted to meet traditional Native needs. During the period shortly after the first encounters with Europeans, the Onondaga successfully adjusted to changes in their world rather than being overwhelmed by them. Their accommodation resulted in such celebrated cross-cultural creations as wampum and the League of the Five Nations. James W. Bradley is founder and president of ArchLink, a nonprofit organization linking archaeology with education and preservation.