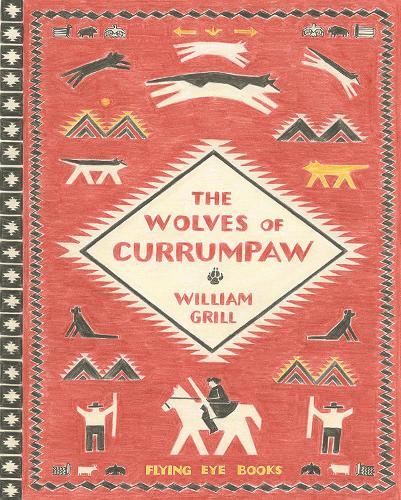 The Wolves of Currumpaw is a beautifully illustrated modern re-telling of Ernest Thompson Seton’s epic wilderness drama Lobo, the King of Currumpaw, originally published in 1898.
Set in the dying days of the old west, Seton’s drama unfolds in the vast planes of New Mexico, at a time when man’s relationship with nature was often marked by exploitations and misunderstanding. This is the first graphic adaptation of a massively influential piece of writing by one of the men who went on to form the Boy Scouts of America.
A University of Falmouth graduate and London resident, William Grill’s first book Shackleton’s Journey made him the youngest Kate Greenaway Medal winner since 1960. With a slew of prizes and under his belt, Grill looks primed to make a huge impact with The Wolves of Currumpaw.
$29.99Add to basket ›

END_OF_DOCUMENT_TOKEN_TO_BE_REPLACED

A Great Big Cuddle: Poems for the Very Young