Fear Is The Rider 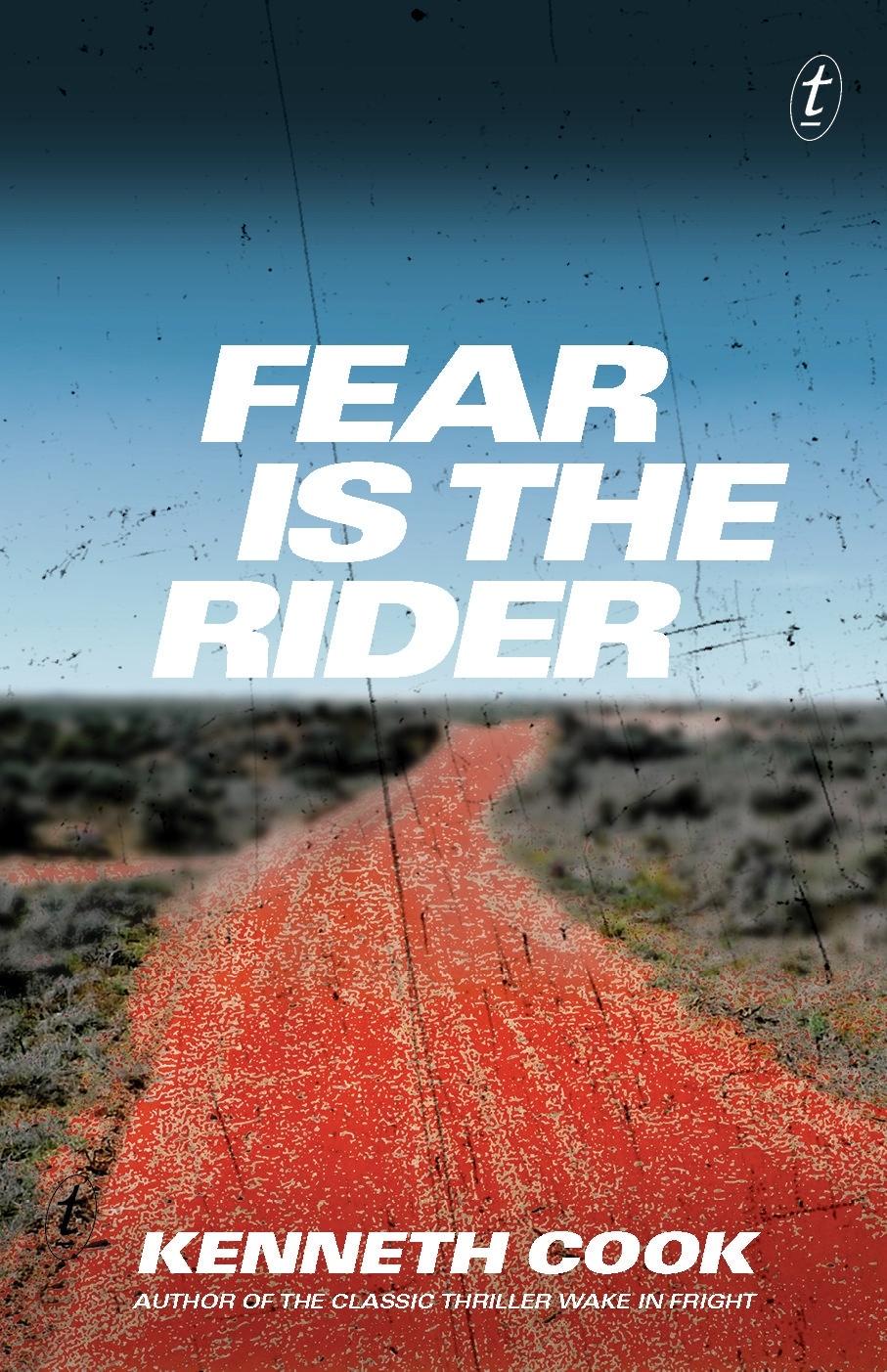 Fear Is The Rider

It was quite silent in the scrub. No breeze stirred the leaves and no bird moved, except for the kite hawks wheeling silently, eternally, high in the hot air.
She smelt her attacker before she saw him.
A heavy stench hit her with such force that she started with shock. It was a smell she’d never encountered before. Not man, not animal, something like carrion, but alive. It seemed to envelop and suffocate her, then became tangible as two arms wrapped around her body and began tearing at her clothing.
A young man driving from Sydney to Adelaide for work decides to take a short detour into the desert. He turns his hatchback on to a notoriously dangerous track that bisects uninhabited stone-covered flats. Out there, under the baking sun, people can die within hours.
He’s not far along the road when a distraught young woman stumbles from the scrub and flags him down. A journalist from Sydney, she has just escaped the clutches of an inexplicable, terrifying creature.
Now this desert-dwelling creature has her jeep. Her axe. And her scent…
From the author of the classic novel Wake In Fright comes a chillingly brilliant short novel that’s part Wolf Creek and part Duel. Fear Is the Rider is a nail-biting chase into the outback, towards the devil lurking at its centre.
Wake In Fright was made into an internationally acclaimed film. Fear Is the Rider is a previously unpublished manuscript from the 1980s that was recently rediscovered among Kenneth Cook’s papers.

Kenneth Cook doesn’t beat around the bush – from the opening lines of Fear is the Rider, the reader is thrust headlong into the baking heat and choking dust of the outback, and into the terror and thrill of survival. Written in the early 1980s but never before published, Fear is the Rider is a posthumous thrill-ride from the master of the Ozploitation genre, most famous for the cult classic Wake in Fright.

In true thriller fashion, the protagonists’ backstories are largely perfunctory, and dispensed with quickly; budding architect John Shaw, driving from Sydney to Adelaide in a small hatchback, meets freelance journalist Katie Alton in a tiny outback pub. The next day, as he explores a remote desert track, he sees Katie, running out towards him, chased by a strange and terrible creature. So begins a tense and desperate game of cat-and-mouse as the terrified travellers try to outrun and outsmart the Man, who has Katie’s axe and her LandCruiser, and will destroy all in his way – locals and tourists, black and white alike – in his deranged pursuit of Katie and Shaw.

Transplanting the medieval myth of the ‘Wild Man’ into an outback that is itself mythologised in the Australian imagination, Fear is the Rider is a schlocky, old-school thriller in the best possible way – Cook’s writing is bare-bones and no-nonsense, light on metaphor and linguistic flourish, reflecting a harsh and brutal landscape that is just as deadly to Katie and Shaw as the creature hunting them. Watching Shaw and Katie grapple with their own incredulity and hubris as they try to outsmart the relentless Man is an exquisite frustration. As a kind of literary Mad Max, a master class in Ozploitation, or simply as a short, sharp burst of literary adrenaline, Fear is the Rider is a hell of a lot of fun.