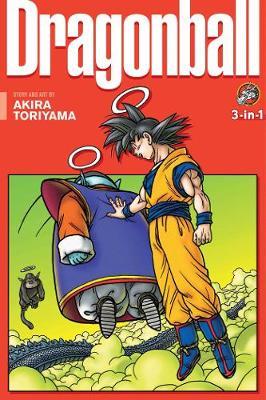 Akira Toriyama’s groundbreaking, iconic, best-selling series now in an omnibus edition! Dragon Ball introduces a young monkey-tailed boy named Goku (a wry update of the classic Chinese Monkey King legend), whose quiet life changes when he meets a girl named Bulma who is on a quest to collect seven Dragon Balls. If she gathers them all, an incredibly powerful dragon will appear and grant her one wish. But the precious orbs are scattered all over the world, and Bulma could use the help of a certain super-strong boy… Son Goku knows he doesn’t stand a chance against a being as powerful as Cell. But when he and his friends train in the Room of Spirit and Time, there’s no telling what boundaries of skill and power they will surpass! And when they return to Earth ready to beat Cell at his own game, a surprising champion emerges.