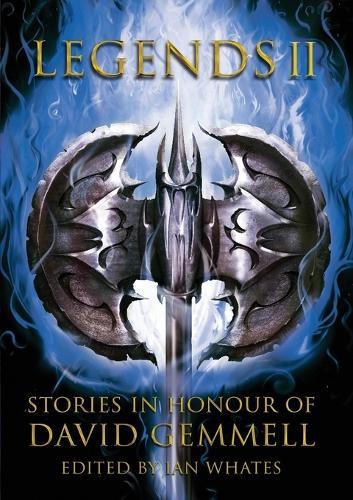 David Gemmell passed away in 2006, leaving behind a legacy of memorable characters, epic settings, and thrilling tales. In 2008 a group of fellow writers and friends led by Deborah J Miller and Stan Nicholls founded the David Gemmell Legend Award in his honour. In 2013, NewCon Press released Legends, an anthology of original stories by some of today’s leading fantasy authors in honour of a man whose work has so inspired them. We are now proud to announce Legends II, featuring an all new cast of distinguished authors in a volume that fully lives up to the high standards of its predecessor. Welcome to the land of Legends… Cover art by Dominic Harman Contents: 1.Introduction - Stan Nicholls 2.The Blessed and the Cursed - Gav Thorpe 3.A Rescue - Mark Lawrence 4.The Lowest Place - Edward Cox 5.The Giant’s Lady - Rowena Cory Daniells 6.An Oath Given - John Gwynne 7.The Singer - Stella Gemmell 8.Sandrunners - Anthony Ryan 9.Smokestack Lightning - Gavin Smith 10.Oak - Lou Morgan 11.An Owl in Moonlight - Freda Warrington 12.Heaven of Animals - John Hornor Jacobs 13.The Iron Wolves: Retribution - Andy Remic 14.About the Authors