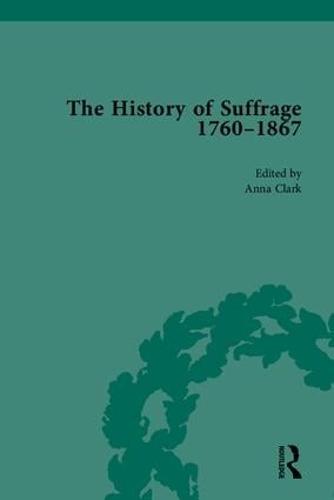 This work brings together key texts drawn from the history of suffrage advocacy and agitation. The whole issue of voting rights and representation is shown to be anchored firmly in the wider political culture of Britain and Ireland as well as the Empire as a whole. This gradual process is charted from the age of Wilkes and Cartwright and the issue of voting rights in the American colonies, throughout the events of the Romantic age, to the Great Reform Act of 1832. The later volumes span the middle years of the 19th century which saw increasing organization and mobilization on the part of the suffrage movement up until the 2nd Reform Act of 1867.