Should the West Engage Putin’s Russia?: The Munk Debates 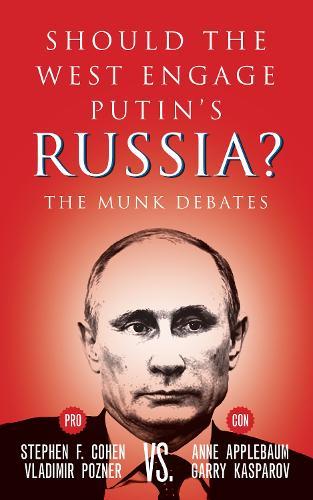 Should the West Engage Putin’s Russia?: The Munk Debates

How should the West deal with Putin’s Russia? For the U.S. and some European powers the answer is obvious: isolate Russia with punishing economic sanctions, remove it from global institutions such as the G8, and arm the nations directly threatened by Putin. In short, return to the Cold War doctrine that froze Soviet aggression in Europe and helped bring about the collapse of communist Russia. Others argue that such a policy is a dead end. Putin’s Russia has legitimate grievances against Western and NATO powers meddling in its sphere of influence. Instead of further antagonizing Putin and risking a dangerous escalation of the current conflict, the U.S. and Europe should seek common cause with Russia to address shared threats, from the Middle East to Asia to combating terrorism. In the 15th semi-annual Munk Debate, acclaimed academic Stephen F. Cohen and veteran journalist and bestselling author Vladimir Poznar square off against internationally renowned expert on Russian history Anne Applebaum and Russian-born political dissident Garry Kasparov to debate the future of the West’s relationship with Russia.