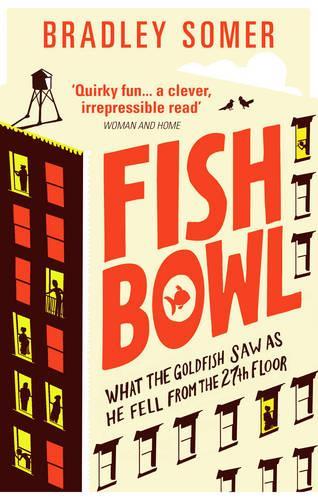 Even a goldfish can dream of adventure… From his enviable view from a balcony on the 27th floor of an apartment block, Ian the Goldfish has frequent - if fleeting - desires for a more exciting life. Until one day, a series of unfortunate events give him an opportunity to escape… Our story begins, however, with the human inhabitants of Ian’s building. There is the handsome student, his girlfriend, and his mistress; an agoraphobic sex worker, the invisible caretaker; the pregnant woman on bed rest; and the home-schooled boy, Herman, who thinks he can travel through time. And as Ian tumbles perilously downwards, he will witness all their lives, loves, triumphs and disasters… A truly original, philosophically joyful and charming novel with the unlikeliest of heroes. This is Tales of the City as seen by a goldfish.