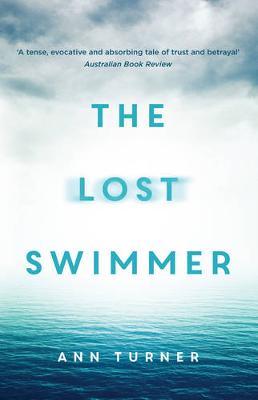 Rebecca Wilding, an archaeology professor, traces the past for a living. But suddenly, truth and certainty is turning against her. Rebecca is accused of serious fraud, and worse, she suspects - she knows - that her husband, Stephen, is having an affair.
Desperate to find answers, Rebecca leaves with Stephen for Greece, Italy and Paris, where she can uncover the conspiracy against her, and hopefully win Stephen back to her side, where he belongs. There’s too much at stake - her love, her work, her family. But on the idyllic Amalfi Coast, Stephen disappears.
In a swirling daze of panic and fear, Rebecca is dealt with fresh allegations. And with time against her, she must uncover the dark secrets that stand between her and Stephen, and the deceit that has chased her halfway around the world.
‘The definition of a page-turner.’ - Marie Claire
‘Ann Turner has produced a vivid, suspenseful thriller that should appeal to those with a taste for armchair travel.’ - Sydney Morning Herald
‘A smartly constructed, tense thriller that will leave you guessing until the very end.  It’s a remarkable debut from former filmmaker Ann Turner, who’s destined to become a prominent name in Australian writing.’ - Better Reading review

I knew The Lost Swimmer had won me over when I was standing in line at the supermarket and all I could think about was what was going to happen next in Ann Turner’s impressive debut novel. This suspenseful and dramatic thriller centres on archaeology professor Rebecca Wilding who is struggling with financial pressures in her department, emerging accusations of fraud and a growing suspicion that her husband Stephen is unfaithful. When Rebecca and Stephen embark on a conference trip to Greece, Italy and Paris, she has the chance to explore the source of the fraud allegations as well as face old demons regarding her father’s tragic death. When Stephen disappears, Rebecca has to consider just how deep her husband’s betrayal goes.

One of the most impressive elements of this book is Turner’s ability to maintain a feeling of uneasiness and suspense throughout almost the entire novel; especially memorable is an incident concerning a kangaroo and her joey (an incredibly harrowing three pages to read) as well as vivid descriptions of driving the perilous roads on the Amalfi coast. Further adding to the tension is the reader’s gradual awareness that Rebecca may not be the most reliable narrator, and while she is able to identify counterfeit jewellery in seconds, one starts to query if she is able to accurately identify what is happening around her. Continuing with this theme is the clever parallel between Rebecca’s field of archaeology and the personal ‘digging’ that she has to do in order to discover who might be deceiving her. These elements take The Lost Swimmer beyond a simple thriller to an insightful observation of people and their behaviour, and also make it a deeper study of loss, trust and what is hidden underneath. It also really made me want to travel again – although under completely different circumstances!

END_OF_DOCUMENT_TOKEN_TO_BE_REPLACED

Why Did They Do it?