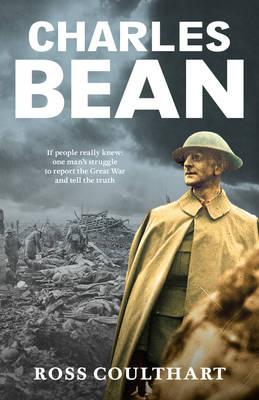 Joint winner: Prize for Australian History, 2015 Prime Minister’s Literary Awards This award-winning biography is a long overdue reassessment of the iconic Australian war correspondent ‘The book I have enjoyed most in recent times has been Ross Coulthart’s on the great war correspondent Charles Bean’ - Peter FitzSimons, Sun Herald ‘Fascinating biography … strongly recommend it’ Hon. Malcolm Turnbull via Twitter Charles Bean’s wartime reports and photographs mythologised the Australian soldier and helped spawn the notion that the Anzacs achieved something nation-defining on the shores of Gallipoli and the battlefields of western Europe. In his quest to get the truth, Bean often faced death beside the Diggers in the trenches of Gallipoli and the Western Front - and saw more combat than many. But did Bean tell Australia the whole story of what he knew? In this timely new biography, Ross Coulthart investigates the untold story behind Bean’s jouralistic dilemma - his struggle to tell Australia the truth but also the pressure he felt to support the war and boost morale at home by suppressing what he’d seen. ‘[Bean] had an obsession with recording the truth and Coulthart has lived up to his legacy in this superb biography’ - Tim Hilferty, Adelaide Advertiser ‘This is among the best biographies of an Australian historian available, fittingly released during the 100th anniversary of the outbreak of the events Bean meticulously recorded.’ - Justin Cahill, Booktopiablog