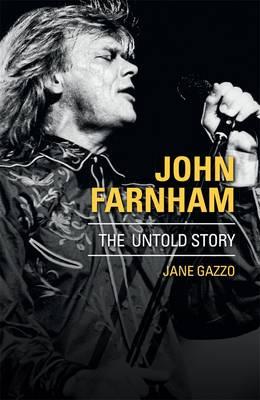 The Untold Story John Farnham is nothing less than an Aussie icon. In a career spanning almost five decades, the likeable, charismatic star has entertained countless Australians of every generation, selling millions of records along the way. But his extraordinary story is as much about tackling adversity as it is about topping the charts. In the mid-1980s, without a recording contract, more or less penniless, and seemingly destined to be remembered mainly as the chirpy teenager whose debut single Sadie (The Cleaning Lady) swept to number one back in 1967, Farnham had hit rock bottom. But courageously and assisted by his great friend and manager Glenn Wheatley who mortgaged his house to finance an album John stormed into the public consciousness again in 1986 with the epic You re The Voice single and stunning LP Whispering Jack. His spectacular comeback complete, the fair-haired superstar has simply gone from strength to strength in the decades since. In this compelling biography, radio broadcaster and music journalist Jane Gazzo tracks down the key figures in John s life from the 1960s to the present day revealing Farnham as an inspirational Australian whose bubbly person