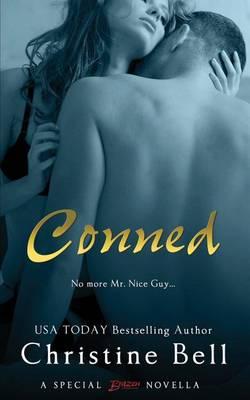 A sexy category romance novella from Entangled’s Brazen imprint… No more Mr. Nice Guy… For the last decade, Tucker Lamb has been a nice, respectable, science teacher. No one needs to know about his past, especially not the hot little firecracker who teaches human sexuality next door. When temptation-and his imagination-prove too much, Tucker realizes it’s time to revive his old, bad-boy grifter self, just long enough to seduce Cricket Malloy… Sex is Cricket’s comfort zone. When Tucker proposes a joint project for their classes, she’s delighted-and even suggests they do their own project on aphrodisiacs. But Tucker isn’t quite the staid, conservative guy she thought. In fact, Mr. Lamb is starting to look more like the sexy bad wolf. And she’s about to play right into his hands…unless she beats him at his own game. Previously released on Entangled’s Flaunt imprint - November 2013.