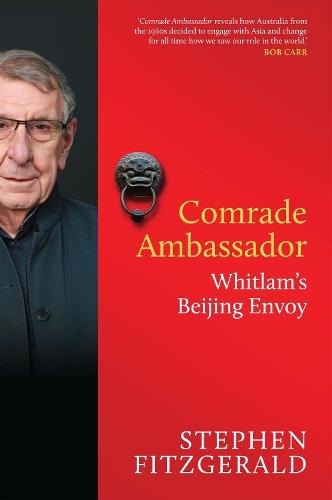 ‘Comrade Ambassador reveals how Australia from the 1960s decided to engage with Asia and change for all time how we saw our role in the world.’ Bob Carr Modern Australia was in part defined by its early embrace of China-a turning from the White Australia Policy of the 1950s to the country s acceptance of Asian immigration and engagement with regional neighbours. It saw the far-sighted establishment of an embassy in Beijing in the 1970s by Gough Whitlam, headed by Stephen FitzGerald. Here, FitzGerald s story as diplomat, China scholar, adviser to Gough Whitlam, first ambassador to China under prime ministers Whitlam and Malcolm Fraser, is interwoven with the wider one of this dramatic moment in Australia s history. Comrade Ambassador also highlights the challenge Australia faces in managing itself into an Asian future.