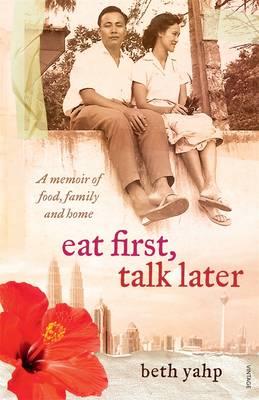 A dazzling memoir from a talented Malaysian writer about family and home, and a searing portrait of the country of her birth. In this riveting memoir Beth persuades her ageing parents on a road trip around their former home, Malaysia. She intends to retrace their honeymoon of 45 years before, but their journey doesn’t quite work out as she planned. Only the family mantra, ‘Eat first, talk later’ keeps them (and perhaps the country) from falling apart. Around them, corruption, censorship of the media, detentions without trial and deaths in custody continue. Protests are put down, violently, by riot police. Her parents argue, while, lovelorn after the end of a grand amour in Paris, Beth tries to turn their story into a Technicolor love story.
Meanwhile, she’s embroiled in a turbulent relationship with an opposition activist, Jing, who is at the forefront of the democratic struggle for change; and in Australia, Beth’s second home, she is dismayed to see politicians on all sides focus on turning back the boats, stopping queue jumpers, controlling the borders of ‘the lucky country’.
Eat First, Talk Later is a beautifully written, absorbing memoir of a country considered one of the multiracial success stories of South-East Asia, with many fascinating but deeply troubling sides to it. It’s a book about how we tell family and national stories; about love and betrayal; home and belonging; and about the joys of food.
$34.99Add to basket ›