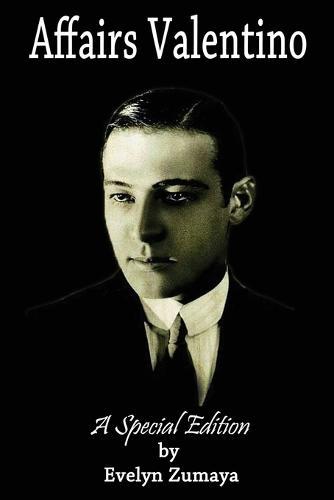 On August 23rd, 1926, silent film star Rudolph Valentino died unexpectedly at thirty-one-years of age. His sudden death inspired mass hysteria among his fans. His grieving fans were not the only ones to mourn. His business manager and close friend, George Ullman, was appointed executor of Valentino’s estate and faced the daunting task of settling the movie star’s complex postmortem affairs. In this role, Ullman would find himself a key character in a byzantine tale of betrayal and subterfuge involving moguls, Valentino’s relatives and sinister collectors. Affairs Valentino is not only the story of George Ullman’s affiliation with Valentino, but the revised, documented life story of Rudolph Valentino. Affairs Valentino is an expose of the dross written about Valentino, as well as the shady dealings and alliances of collectors and myth mongers. As a result of her discoveries of previously unpublished documents and Ullman’s lost personal memoir, Ms. Zumaya challenges the currently held studio-generated version of Rudolph Valentino’s personal and professional life. This full color Special Edition includes a new Postscript by Ms. Zumaya in which she reveals her latest research, as well as seventy new images including photographs and newly-discovered documents.