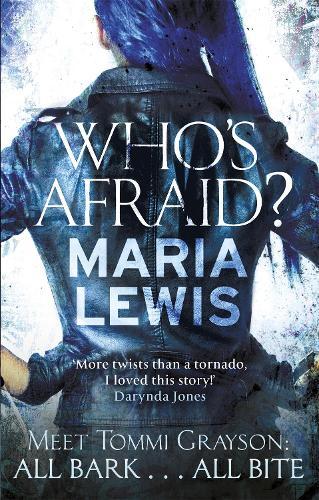 Meet Tommi Grayson: she’s all bark … and all bite.
‘It was like my wolf had been there all along, waiting for me to tap its hand and step into the ring…’
Tommi Grayson’s never exactly been a normal girl. Bright blue hair, a mysterious past and barely controlled rage issues have a way of making a woman stand out. Yet she’s never come close to guessing who she really is.
When her mother dies, a shattered Tommi decides to track down her estranged father. Leaving Scotland for a remote corner of New Zealand, she discovers the truth of her heritage - and it’s a whole lot more than merely human. Barely escaping with her life, now Tommi must return to her her friends, pretending everything is normal, while all too aware of the dangers lurking outside - and within. Worse still, something has followed her home… With the clock ticking, can Tommi learn to control her new powers in time to save the ones she loves?
Mixing elements of fantasy, mystery and romance, Who’s Afraid? is a must-read tale about one woman who takes on the world, one bite at a time.
$22.99Add to basket ›