Chinese Migrant Entrepreneurship in Australia from the 1990s: Case Studies of Success in Sino-Australian Relations 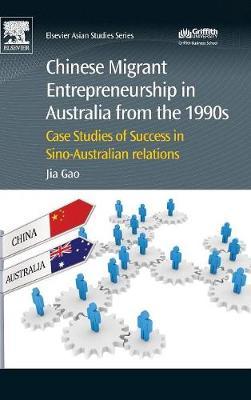 Chinese Migrant Entrepreneurship in Australia from the 1990s: Case Studies of Success in Sino-Australian Relations

For more than two decades Australia has not only prospered without a recession but has achieved a higher growth rate than any Western country. This achievement has been credited to Australia’s historic shift to Asia; the transformation of the relationship between these two countries is one of the most important changes in the Asia-Pacific region. However, the role of new Chinese migrants in transforming Sino-Australian relations through their entrepreneurial activities has not been deeply explored. Chinese Migrant Entrepreneurship in Australia from the 1990s adds new theoretical considerations and empirical evidence to a growing interest in entrepreneurship, and presents an account of a group of new Chinese migrant entrepreneurs who have succeeded in their business ventures significantly contributing to both Australia and China. The first chapter introduces the history between Australia and China, followed by chapters focusing on post-migration realities, economic opportunities, Chinese outbound tourism and the use of community media. The final chapter concludes with a summary.