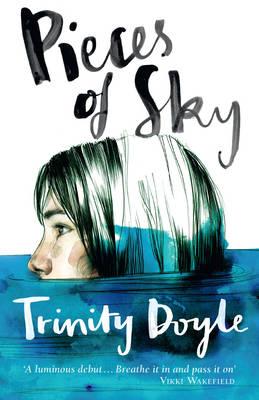 Lucy’s life was going as smoothly as any teenager’s could. She was the state backstroke champion, and swimming obsessed. She lived with her parents and her brother, Cam, in the small coastal town she’d known all her life. She had friends, she had goals - she had a life. Now Cam is dead, her parents might as well be - and Lucy can’t bear to get back in the pool. All she has to look forward to now is a big pile of going-nowhere.
Drawn to Steffi, the wild ex-best-friend who reminds her of her artist brother, and music-obsessed Evan, the new boy in town, Lucy starts asking questions. Why did Cam die? Was it an accident or suicide? But as Lucy hunts for answers she discovers much more than she expects. About Cam. About her family. About herself.
A soaring, uplifting novel about love and loss from an exciting new voice.

Lucy’s brother Cam died in a night surfing accident, which has rocked their small coastal town. Each of the family members is grieving in their own separate way and Lucy, once a champion swimmer, is unable to venture back into the water. Adrift from the all-encompassing world of the swim team, she reconnects with an old friend, wild child Steffi, who is secretive and rebellious.

Lucy is desperate to know if her brother’s death was just an accident or intentional. She becomes obsessed with text messages that appear on her brother’s phone and also has an unhealthy fascination with her brother’s best friend, Ryan. New boy at school, Evan, seems into her but her messy emotions about her brother keep getting in the way.

Death and its aftermath are rendered complex and chaotic in this stunning debut novel. There are no trite answers to the aftermath of tragedy, just a gradual discovery of the capacity to endure. Pieces of Sky is beautifully written, packed with longing and sadness, but also filled with hope. I inhaled it in enormous gulps like briny sea air and felt more passionately alive.