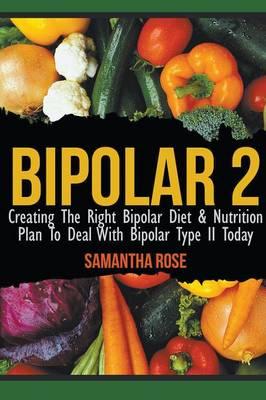 You may not know this but Bipolar Type 2 is one of the most common mental disorders, which people suffer from these days. Due to symptoms being less severe, many refer to it as soft bipolar . Yet, even though the symptoms associated with type 2 are less intense, it can still have a detrimental effect on the quality of life for the sufferer. In fact, they often find it extremely troubling as they have the classic symptoms of bipolar type 1. They can be subject to serious and recurring bouts of depression, along with more subtle bipolar symptoms such as periods of irritability, confusion, impulsiveness and agitation. When bipolar type 2 sufferers have a manic episode, it is usually milder so rather than being hyperactive, they tend to feel more energized and happier. Due to this, they do not suffer the terrible repercussions of a full-blown manic episode. However, it is worth saying that even though the symptoms are less severe they still need the right course of medication and therapy so they are able to take control of their illness. If they do not, then there is a chance their condition can become worse, which could have serious consequences. Unfortunately studies show that bipolar type 2 has become much more prevalent. In fact, it is now believed bipolar type 2 is three to four times more common than bipolar type 1. Yet, no one can offer an explanation as to why this has become the case. However, it could be because bipolar disorder was categorized into four different classifications, therefore has now become much easier to recognize and diagnose. Even though it has become more prevalent, many believe patients are receiving the wrong diagnosis. Many say the reason for this is that the manic episodes in bipolar type 2 are much less severe than those of type 1, so can class as being in a normal state of elation. Furthermore, if the symptoms associated with hypomania manifest themselves as racing thoughts, anxiety, insomnia or irritability then it becomes difficult for medical professionals to determine whether they suffer from bipolar type 2 or depression. Often when a person suffers a manic episode they usually feel elated but for those who are bipolar type two, they usually feel more depressed rather than elation