Prisoner of the Vampires of Mars 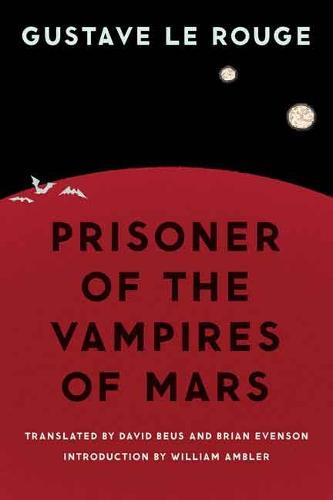 Prisoner of the Vampires of Mars

Robert Darvel, a young and penniless French engineer at the turn of the twentieth century, is an amateur astronomer obsessed with the planet Mars. Transported by a combination of science and psychic powers to Mars, Robert must navigate the dangers of the Red Planet while trying to return to his fiancee on Earth. Through his travels, we discover that Mars can not only support life but is also home to three different types of vampires. This riveting combination of science fiction and the adventure story provides a vivid depiction of an imagined Mars and its strange, unearthly creatures who might be closer to earthly humans than we would care to believe. Originally published in French as two separate volumes, translated as The Prisoner of the Planet Mars (1908) and The War of the Vampires (1909), this vintage work is available to English-language audiences unabridged for the first time and masterfully translated by David Beus and Brian Evenson.