Soldiers of the Strange Night 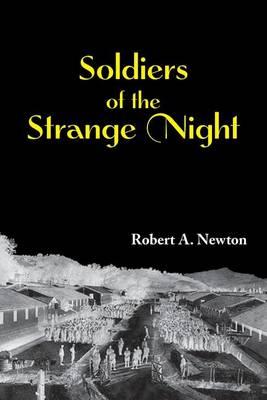 Soldiers of the Strange Night

During the night of September 14, 1943, an estimated 3,000 Allied prisoners of war escaped from Camp 59, Servigliano, Italy, under the mistaken impression that friendly forces were only days away. In reality, the Allied armies did not reach that region of Italy for nine harrowing months. With the German army and Fascists feverishly sweeping the countryside for the escapees, they were fed and sheltered by courageous Italian farmers who risked their own lives and property to rescue desperate strangers. The author’s own uncle and namesake was among those who escaped from Camp 59 and evaded recapture until March 9, 1944, when he was betrayed by a turncoat to an elite German commando unit, caught and immediately executed. Drawing on interviews, letters, and accounts written by survivors, as well as war crimes files, Soldiers of the Strange Night vividly recreates not only one American soldier’s journey into war, imprisonment, evasion and murder, but also the aftermath of the escape as seen through the eyes of his fellow warriors and the valiant Italian family that sustained him during the final days of his life. Soldiers of the Strange Night is a tribute to these remarkably heroic and resilient men who did their duty while facing impossible adversity. It is also a testament to the gracious humanity of the Italian people who dared to protect them, even under penalty of death.