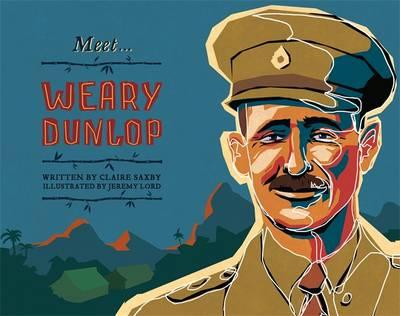 A picture book series about the extraordinary men and women who have shaped Australia’s history, including World War II hero Sir Edward ‘Weary’ Dunlop. Sir Edward ‘Weary’ Dunlop was an Australian Army surgeon during World War II. This is the story of how Weary’s bravery and compassion helped to save the lives and bolster the spirits of fellow prisoners of war on the Thai-Burma Railway. From Ned Kelly to Saint Mary MacKillop, Captain Cook to Banjo Paterson, the Meet … series of picture books tells the exciting stories of the men and women who have shaped Australia’s history.

KidGlovz is a musical genius. His gift is so precious that he's kept under lock and key. But when a young thief helps him escape, Kid must embark on a perilous journey through which he will discover the terrifying nature of his...

The day before the Underwater Fancy-Dress Parade, Alfie got that feeling ... Sometimes it's hard to be brave. Sometimes you get that feeling. Alfie isn't sure he can go to the parade, but his mum knows there's at least one special...