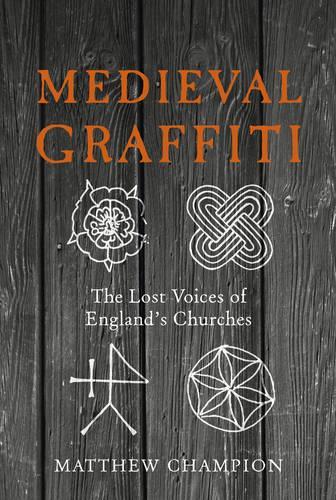 For centuries carved writings and artworks in churches lay largely unnoticed. So archaeologist Matthew Champion started a nationwide survey to gather the best examples. In this book he shines a spotlight on a forgotten world of ships, prayers for good fortune, satirical cartoons, charms, curses, windmills, word puzzles, architectural plans and heraldic designs. Drawing on examples from surviving medieval churches in England, the author gives a voice to the secret graffiti artists- from the lord of the manor and the parish priest to the people who built the church itself. Here are strange medieval beasts, knights battling unseen dragons, ships sailing across lime-washed oceans and demons who stalk the walls. Latin prayers for the dead jostle with medieval curses, builders' accounts and slanderous comments concerning a long-dead archdeacon. Strange and complex geometric designs, created to ward off the ‘evil eye’ and thwart the works of the devil, share church pillars with the heraldic shields of England’s medieval nobility.