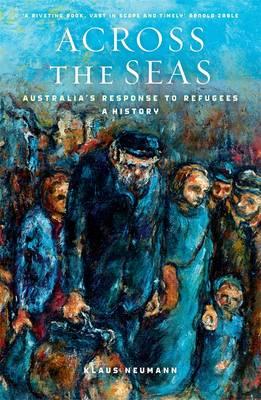 Australia’s response to asylum-seeking ‘boat people’ is a constant star in the political news cycle. But the daily reports and political promises lack the historical perspective necessary for informed debate. Have we ever taken our fair share of refugees? Have our past responses been motivated by humanitarian concerns or economic self-interest? Is the influx of boat people of the last fifteen years really unprecedented?
In this eloquent and informative new book, historian Klaus Neumann examines both the government policy and the public attitude towards refugees and asylum seekers since Federation. He places the Australian story in the context of global refugee movements, and international responses to those movements.
Neumann examines many case studies, including Australia’s reluctance in the 1930s to accept Jewish refugees fleeing Germany and Austria, and the Vietnamese ‘baby-lifts’ of the 1970s. By contrasting the ways in which politicians have approached asylum-seeker debates in the past, Neumann aims to inspire more creative thinking in current refugee and asylum-seeker policy.
$34.99Add to basket ›