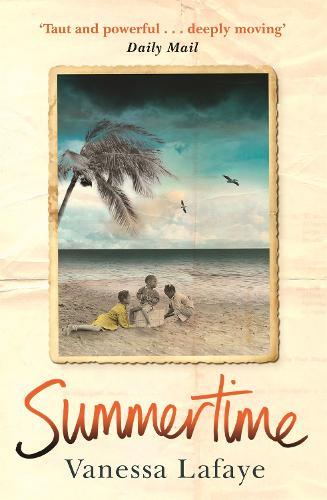 In the small town of Heron Key, where the relationships are as tangled as the mangrove roots in the swamp, everyone is preparing for the 4th of July barbecue, unaware that their world is about to change for ever.
Missy, maid to the Kincaid family, feels she has wasted her life pining for Henry, who went to fight on the battlefields of France. Now he has returned with a group of other desperate, destitute veterans, unsure of his future, ashamed of his past. When a white woman is found beaten nearly to death, suspicion falls on Henry.
As the tensions rise, the barometer starts to plummet. But nothing can prepare them for what is coming. For far out over the Atlantic, the greatest storm ever to strike North America is heading their way…

The threat of havoc to social order and a general sense of impending danger loom large in this novel, with tensions building right from the opening pages when an alligator drags a baby in a bassinet down to the river. The terror of this experience sets the novel’s theme: that of nature’s power to devour and destroy.

Drawing on actual events, Summertime is based on the Labor Day hurricane of 1935, one of the most intense in US recorded history. The hurricane hit the Florida coast with strong winds and sea surge, causing mass destruction and claiming the lives of more than 400 people.

In the novel, as the summer becomes sweltering, class and racial tensions also reach boiling point. An influx of displaced WWI veterans move into the area to take on contract work building bridges for the US Army. Their presence causes disruption for the local community who fear the veterans’ wild and unkempt ways. The veterans are encamped on the outskirts of town, living in makeshift, squalid conditions and this breeds ill-feeling among them.

Segregation and entrenched prejudice also affects those even further down the social hierarchy – the black community – and they in turn harbour their own resentments. When a woman is left close to death following a brutal beating, suspicion falls on everyone, and a group of townspeople threaten to take justice into their own hands.

It is against this backdrop that the hurricane approaches. Nature’s force doesn’t discriminate and ruin threatens all. No greater equalising factor could have brought this community together than the desperate struggle to survive. But in the wake of the storm the disproportionate losses among the community’s most disadvantaged members brings shame to the survivors. A fast-paced, thrilling read!