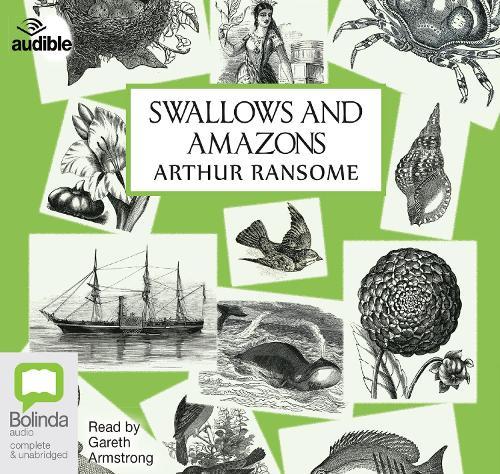 For anyone who loves sailing and adventure, Arthur Ransome’s classic Swallows and Amazons series stands alone. Originally published over a half-century ago, the twelve books are still eagerly read by children and adults alike - by all those captivated by the world of adventure and imagination.
The Walker children - also known as Captain John, Mate Susan, Able-Seaaman Titty, and Ship’s Boy Roger - set sail on the Swallow and head for Wild Cat Island. There they camp under open skies, swim in clear water and go fishing for their dinner. But their days are disturbed by the Blackett sisters, the fierce Amazon pirates. The Swallows and Amazons decide to battle it out, and so begins a summer of unforgettable discoveries and incredible adventures.
$29.95Add to basket ›

END_OF_DOCUMENT_TOKEN_TO_BE_REPLACED

Spectacular Stories for the Very Young

Are We Nearly There Yet?: Puffin Book of Stories for the Car