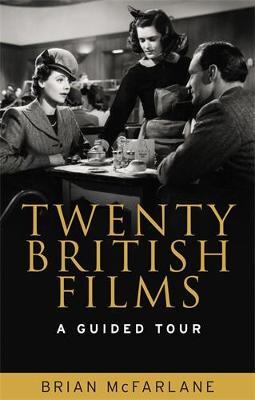 Anyone who has loved British films will want to read this book. In choosing twenty films, many of them classics of their kind - think of Brief Encounter, The third man, Genevieve - as well as some less well-known titles, the author communicates his enthusiasm for the sheer range of British cinema as well as a keenly critical interest in what has made these films stay in the mind often after many decades and many viewings. Not that it is just a nostalgic wallow: it comes nearer to the present day with titles such as Last Orders and In the Loop and it is intended to provoke discussion as much as recollection. Though it is rigorous in conducting its ‘guided tour’ of these films, it does so in ways that make it accessible to anyone with a passion for cinema. You don’t have to be a specialist to enjoy the tour. – .