Meet Me In Atlantis: My Obsessive Quest To Find The Sunken City 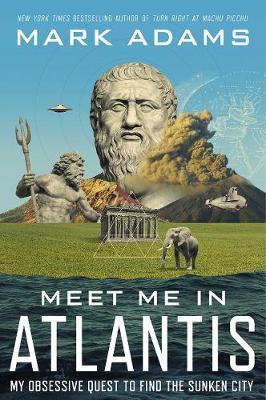 Meet Me In Atlantis: My Obsessive Quest To Find The Sunken City

The New York Times bestselling author of Turn Right at Machu Picchu sets out to uncover the truth behind the legendary lost city of Atlantis.
A few years ago, Mark Adams made a strange discovery: everything we know about the famous city of Atlantis comes from the work of Plato. Then he made a second, stranger discovery: amateur explorers are still actively searching for the sunken city all around the world, based entirely on the clues Plato left behind.
Meet Me in Atlantis is Adams’s enthralling account of his quest to solve one of history’s greatest mysteries. It is a travelogue that takes readers to fascinating locations to meet irresistible characters, an intriguing examination of ancient codes in Plato’s writings, and a deep, often humorous look at the human longing to rediscover a lost world.
$32.99Add to basket ›