Battle of the Paper Bags: The Crumbles Chronicles, Tails of a Nervous Dog 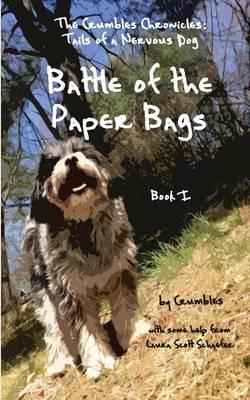 Battle of the Paper Bags: The Crumbles Chronicles, Tails of a Nervous Dog

Narrated by Crumbles himself, Battle of the Paper Bags tells a humorous tail about how an insecure rescue pup faces his arch nemesis (well, one of them) - big brown paper bags! But can a nervous pup such as Crumbles really battle the bags and win? Bark along with this hapless hero as he deals with his own identity crisis, his overwhelming fear of everyday objects, and a yearning to have a real super power. Along the way, Crumbles meets Napoleon, a tiny poodle with a big attitude, Chip, a frantic rodent, and Whisper, the wise bunny. Crumbles also shares his amusing Crumbles Code Rules, such as I pee on Myself. Deal with it. and Don’t Touch My Tail. Ever. Hilarious but heartwarming, Crumbles shows us that anyone can be a hero. Perfect beginning chapter book!